Lionfish (Pterois) has become an common invasive fish in Florida. The scales are easily removable. Pterois is a genus of venomous marine fish, commonly known as lionfish, native to the Indo-Pacific. Also called zebrafish, firefish, turkeyfish, tastyfish or butterfly-cod, it is characterized by conspicuous warning coloration with red, white, creamy, or black bands, showy pectoral fins, and venomous spiky fin rays. Pterois radiata, Pterois volitans, and Pterois miles are the most commonly studied species in the genus. Pterois species are popular aquarium fish. P. volitans and P. miles a There...

I don’t think it is.
There are some scales but it’s not covered like a typical fish. It’s a very interesting looking fish. We would need to get a better look at the fins and scales. For now it’s not kosher.

They have cycloid scales (fish scales that are oval or elliptical in shape with a smooth edge).

I can get a sample to get a better look at it.

Here are some closeups of the fish as requested. Thank you. 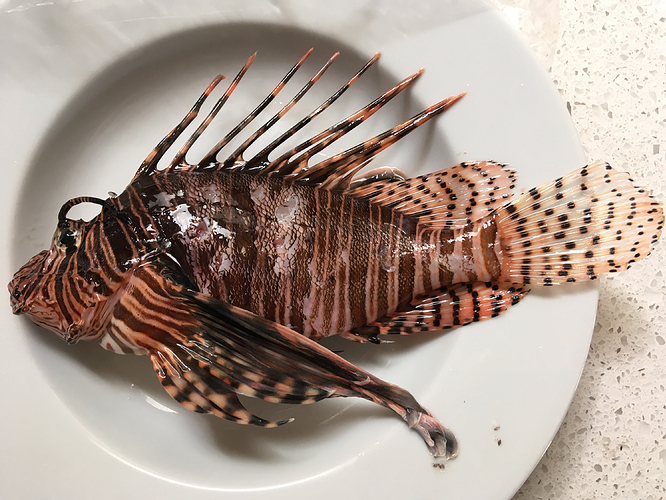 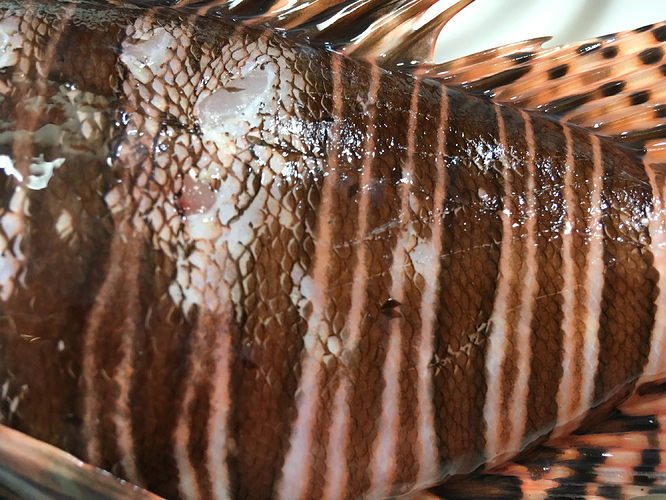 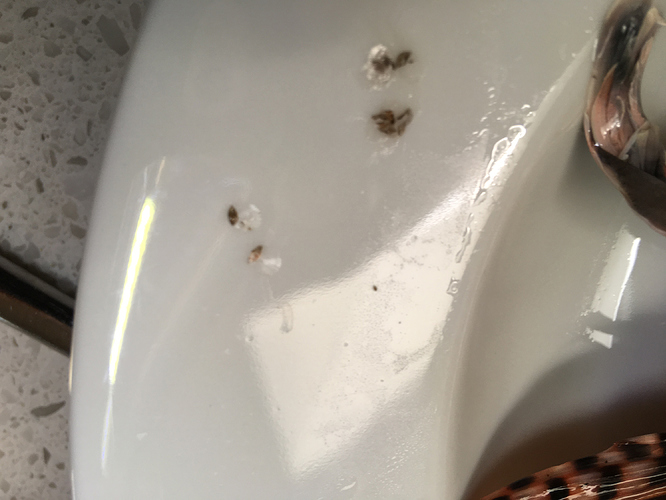