Does Rav Abadi have any teshuvot where he discusses bug checking, or washing vegetables?

What is his opinion on checking raspberries and brocolli for bugs? And how does one accomplish this?

I dont recall a lot written about bug checking in the Rav’s teshuvot but I did find this: (https://hebrewbooks.org/pdfpager.aspx?req=54963&st=&pgnum=255) 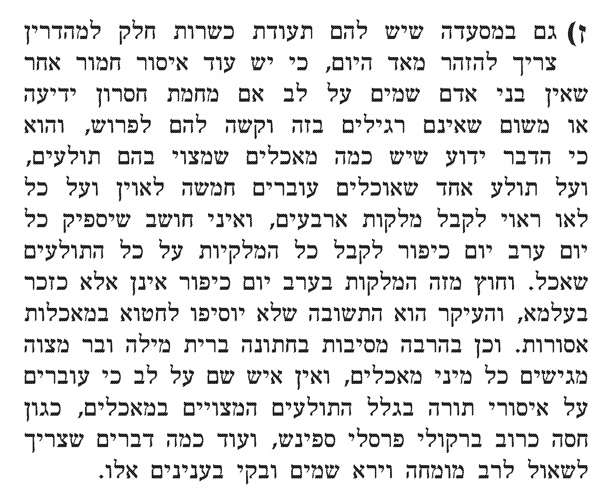 Broccoli is basically impossible to be checked.

Bekavod,
I do not understand what the rov means about when there is a תעודת כשרות. He wouldn’t allow any hecsher to check anything and eat it?

Correct. The Rav does not trust all kashrut certifications with regards to bugs. For some reason many are not careful with bugs and we do not rely on their “checking” or lack there of.

Bugs are tricky and difficult to clean properly. Many think using soapy water is sufficient when it is not. We tested this and the soapy water accomplished nothing.

Bugs is something too many are not careful with due to a lack of awareness and knowledge about the issues and how to clean them properly.

Sadly, we’ve seen this a lot. We’ve seen bugs in many of the vegetables with a hechsher.

Pardes is a company that produces bug free vegetables and they have been going around to many hechsherim showing them how there are bugs in things they are certifying as bug free. Its a real issue out there.

Rabbi Abadi says regarding cleaning lettuce including romaine as follows:
Run each leaf under running water while rubbing each side all over with your fingers.

Do you have instructions on how to properly clean vegetables and check for bugs?

Thank you for the source!

In the teshuvah, he mentions that the bugs are Biblical prohibitions. What is his opinion about the tiny bugs that are 1/60th the size of the food? Are they Rabbinic or Biblical? I know the Shulchan Aruch writes that bugs that are 1/60th are still prohibited but I mist agree that this only a Rabbinic issue. This difference is pretty important especially when there is no certainty that any individual vegetable has a bug in it.

I thought the point of the soap was to get many of the bugs out. I was told by others that when there is such a small likelihood of bugs, then it is considered “מיעוט שאינו מצוי” and there is no obligation. Does Rav Abadi disagree with that argument? It seems by your wording that the Rav holds that any bug is a problem and it doesn’t matter the likelihood of eating one or the size of it.

Bugs are a biblical prohibition. Period. For example, look here . I assume you saw the period between the words here and I. This dot, had it been a bug would be a biblical prohibition. The fact that you need to magnify it to discern if its a bug or a dot of dirt does not take away the fact that its visible to the naked eye. That is the only criterion that determines if its a prohibited insect, can it be spotted by the naked eye. Obviously that dot (above) is thousands of times smaller than any mixture of food and therefore is not void even with the 1:60 ratio. The reason is because a whole bug can never be nullified as its a “beria”. This is a Rabbinical stringency due to the biblical prohibition of consuming insects.

I believe what you meant to say was in the event the bug is not whole and is mixed in a mixture of food and can not be discerned it is permitted with the rule of 1 to 60 nullification. That is correct. But that also depends on the vegetable, and the tenacity of the insect and the efficiency of the cleaning method.

Therefore for illustration purposes lets take a few examples
.
Lettuce for example is considered muchzak-that means bugs are found there on a consistent basis and MUST be cleaned. Yet its relatively easily as stated above -“Run each leaf under running water while rubbing each side all over with your fingers”

Broccoli and cauliflower are impossible to eat fresh with a home cleaning method and are only permitted from an expert Hechsher which specializes in insect cleaning. (for example-Bodek frozen)

Fresh parsley is impossible to clean. But would be permitted greenhouse grown with an aforementioned expert Hechsher. Conversely dehydrated parsley is permitted as the insect surely was dehydrated and sliced as well and being no longer recognizable and would be nullified with the 1:60 rule.

Hi I heard from Rav Vair that it is very easy to check fresh parsley. Are you speaking about a specific type?

Is fresh dill ok to clean or is it the same issue as parsley?

Also, are these bags ok for using parsley in soup to flavor. They are meant to keep the bugs out 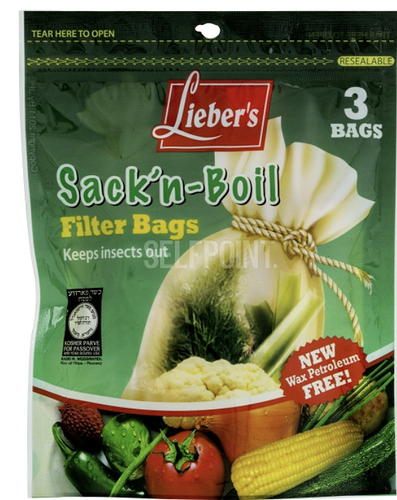 No. We are not familiar with this method of cleaning/checking.
To the best of our knowledge regular parsley can not be cleaned.

Dill is the same as parsley.

Yes. It Very well could be Possible for these bags to be good for parsley, dill etc. Nevertheless I can not tell you if this specific bag is good. If the fabric is a very tight weave It should be fine.

If eaten purposefully. If unintentional isn’t that already Rabbinic only.

So if we are required to check our vegetables for bugs but say “eh its just a Rabbinical command” and we proceed to eat those vegetables without checking, we are violating a biblical command.

Is there any comparison to grommo/grama? Seems inconsistent with grama where unintentional side-act is patur/some say permitted.

No connection. A grama is not an unintentional act, its an indirect act. Big difference.

Thanks for explaining there’s a big difference.

I said the wrong term, grama (indirect).
If דבר שאינו מתכוון (unintentional) is muttar per R’ Shimon, such as moving a bed and unintentionally digging a rut (Biblical prohibition) in the process,
why doesn’t devar sh’eino mithkawen apply here?

So for romaine , after you rub the lettuce all over under water , checking for bugs is not required ?